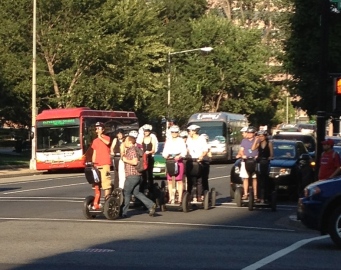 I was thinking today about acceptance. The process by which an outsider with overtones of belonging is able to become a part of the group. The process through which that outsider is able to make inroads, to help that group accept something a little different, without needing to erode that individuality. I was thinking about process.

What is the thing about an outsider that the group most fears and despises? Especially when that group believes that difference is a threat.

What is the shorthand that makes that manifestation of threat become innocuous?

What about that individual allows them to have the strength to maintain that otherness while opening to the group?

Why is this seemingly all so difficult?

I have been reading several of the gender-related themes going on in the news, usually from a feminist bent (qu’ell surprise I hear you say). Cases about how rape isn’t’ really rape, how women still face disparity in many workplaces, and, lesser emphasized, the ways in which women are subtly hampered in their pursuit of positions in the public sphere (in all sectors) and power (direct and indirect).

The most interesting to me however is the debate about women in the workplace, and the choices they make. I think there is another debate here, that is actually being obscured by discussions of child-care, partners taking on ‘home’ burdens, and issues of compensation.

Sheryl Sandburg referenced it indirectly in Lean In, but I think there is an interesting debate to be had around the way we interact in the workplace and how it is in direct contradiction to gender narratives in society and the way that children are socialized, largely from birth.

Judith Butler points out that it is impossible to leave a hospital in this country as ungendered. This initial expectation creates a pattern that is repeated throughout our lives. Even when parents attempt to raise their children against normative gender expectations, supporting those children to choose their own path, the social pressure to conform is so strong, that individuality is suppressed in many school aged children and becomes a hard-won prize for teenagers, many of whom do not make it out of high school unscathed.

For most boys in this country this involves initiation into the dominance/ submission game. Competition, clothed in a variety of constructs, serves to constantly delineate within ‘masculine’ groups who is the dominant, and who must submit and admit mastery by others. I say masculine specifically, because this is not only the case in groups of boys. I think anyone subjected to groups of mean girls can identify with this dynamic as well. I term it masculine instead because that kind of competition and required dichotomous split has traditionally been associated with the masculine ideal and relates pretty clearly to Constructivist dialogues too.

I was watching The League a few weeks ago (for the record a highly entertaining time that I recommend). I was struck while watching by the sheer volume of what my mum used to call ‘guy stuff’. The prevalence of activities that centered around one individual or group attempting to dominate, or being dominated by others was kind of striking. Funny how it probably echoes in small amount what goes on within actual football teams themselves.

It made me realize the tension that my brothers have probably felt for a long time that I am kind of unaware of. It is not that hard for me to find a group of friends who are happy to be supportive of each other, and who can relax and enjoy life as a group without the need to compete/ dominate/ be dominated. I asked a friend and he said that he has friends who are more like that, and some who are less.

It also made me think about how many activities in that gendered life are centered around that dominate/ submit paradigm. Lean In, while good advice in some ways, really means stop voluntarily submitting. It tacitly acknowledges that in the workplace that paradigm is getting played out over and over and over. So many of our white collar professions are thinly veneered arenas to get others to submit.

I’ve been wondering about the number of ‘hard charging’ women I have been known that have voluntarily given up professions that were very important to them to raise children full time. I can’t help but think that part of the motivation for this decision is a weariness of fighting. Given that expectation one can either get in the ring of the dominate/ submit expectations or attempt to succeed/ survive/ thrive without- either way you are fighting; fighting someone else or fighting that set of behaviors. It is tedious if you don’t have the ego drive to get off on it, and it is tiresome if you want to inhabit a different way of being.

Honestly, it feels at a higher volume and intensity here in the States (not that it doesn’t exist in other places), and I wonder how much of the national identity was formed on the premise of valuing that ‘fighting’ spirit.

I also wonder about the place of boys and young men in all of this. How much of the narratives they are fed from early in school are about joining and succeeding in this game, despite any instincts or desires to the contrary they might have? How much are they taught to buy into and compete against others when it ends up working against them?

I’ve been thinking about the dearth of a new masculine narrative to rival the feminist strains. Women have been fighting for a long time now to find new identities that allow for freedom and self-definition, but this has so far (mostly) failed to be matched by new masculinity ideals. Men are expected to do new things, but in the same old ways. When they have a hard time adjusting to the expectations we excoriate them for being ‘cave-men’ or ‘unenlightened’. We expect them to smoothly transition between being that way to succeed in the workplace and be supportive partners and parents in the home, not acknowledging the cognitive dissonance it creates when switching. We are (fairly) frustrated by our perception that men are unwilling to make adjustment, or give up privilege but I think Louis C.K. is right– if we had that advantage, wouldn’t we re-up? It feels slightly mean at times that we don’t have empathy for people who have to struggle harder than they are used to for the same privileges they used to enjoy. I mean, don’t get me wrong- guys, you gotta get over that- you had it great for a long time, welcome to what the rest of the world has been dealing with- but I want to try to have patience so they can decide what their new definitions of masculinity are going to be, not premised in oppression, exclusion, and full throttle competition.